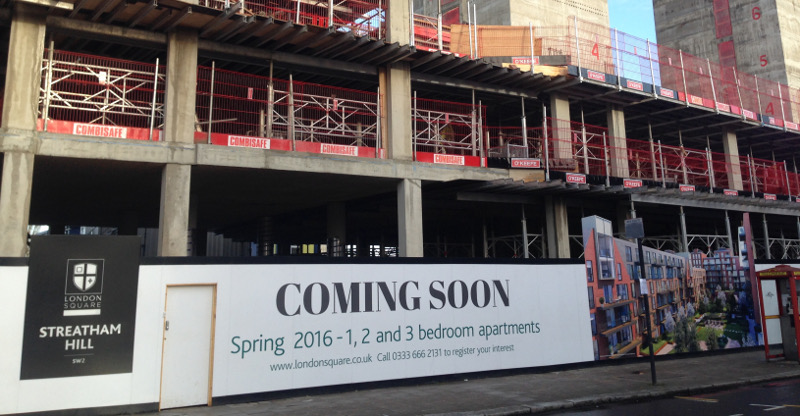 It’s hard to miss the redevelopment of the Megabowl site in Streatham Hill. The developers haven’t published much information about the project and their website isn’t very good. So we have collated all the information available into a single page. Be sure to check back to this page regularly. We will keep it updated as new information on the development emerges.

History of the site

The site used to be Caesar’s Nightclub, the Megabowl and a row of shops on the highstreet. In June 2010 London Borough of Lambeth granted planning permission to a company called Glentoran Ltd to demolish and redevelop the site. Glentoran Ltd were using a surveyor and property consultancy company called Montagu Evans LLP.

For some reason Glentoran Ltd failed to make any progress once the planning permission was granted. The Megabowl and Ceasar’s Nightclub remained empty and derelict. Nothing happened on the site until 2014 when the property development company London Square purchased the site.

London Square then applied for some changes to be made to the original planning application in 2014 (see below). They began demolition of the site in 2015. In 2016 construction is well underway. They are currently estimating the site will be completed by Spring/Summer 2016.

The planning application that was granted for Glentoran Ltd (the previous owner) in 2010 allowed the demolition of all buildings on the site. None of the buildings on the site were listed. But they are in a conservation area. The plan specified that the historic Megabowl facia should be retained to conserve the original appearance of the site.

The redevelopment of the site was agreed to include:

The buildings to be demolished are outlined in red: 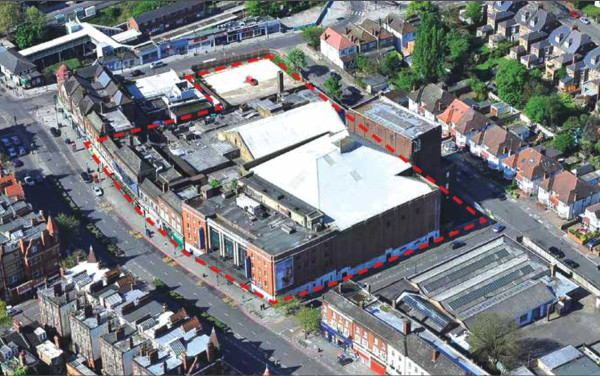 London Square appointed a design team to review the approved application. They wanted to make sure that the proposals were deliverable. They also wanted suggestions for improving the plans.

The modifications they made to the plan:

A Computer generated mockup of the 2014 application: 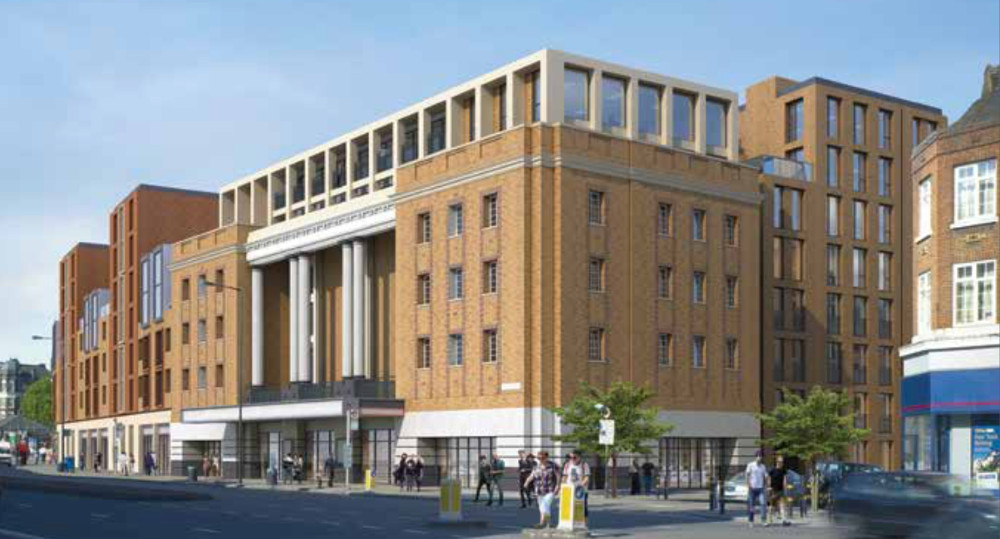 On the ground floor along the high street there will be a range of commercial units. We do not yet know who the tenants will be. London Square plans to have prospective tenants ready before construction is completed. We will update this page as soon as we get confirmation of the retail tenants.

They have stated that none of the retail units are suitable for a large supermarket. This is because the site lacks appropriate parking, servicing facilities and storage space.

London Square is the company behind the Megabowl redevelopment. They were founded in 2010 and already have completed a number of developments in areas like Bermondsey, Fulham, Putney and Wimbledon.

As well as the Streatham Hill development they are also working on projects in Chigwell, Canada Water and Staines.

The architects London Square have commission for the Streatham Hill development are called CareyJones ChapmanTolcher. CJCT have experience working on residential, retail and commercial projects.

How much will flats cost?

There will be a range of one, two, three and four bedroom flats in the development. The development will have a lot to offer residents. Some of the flats will have a parking space in the secured underground car park. All flats will also benefit from the resident’s concierge service and gym. The site also has an excellent location next to Streatham Hill station and the bus stops serving Brixton.

Prices are likely to be on the higher end of the current market rate for one, two, three and four bedroom flats in Streatham Hill.

We will update this page as soon as prices become available.

When will it be completed?

London Square expects construction to be completed in Summer 2016. With most new developments flats begin to be sold as soon as the “show flat” is completed. This could be as early as late Spring or early Summer 2016.

We have some mockups provided by the architect to show how the development will look when completed. 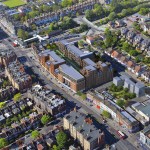 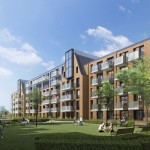 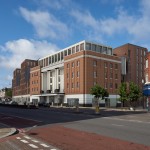 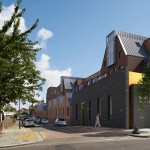 View of the theatre space

If you have any thoughts or know any more information about the development please leave a comment below. 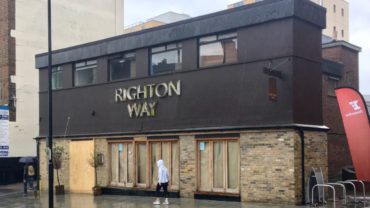